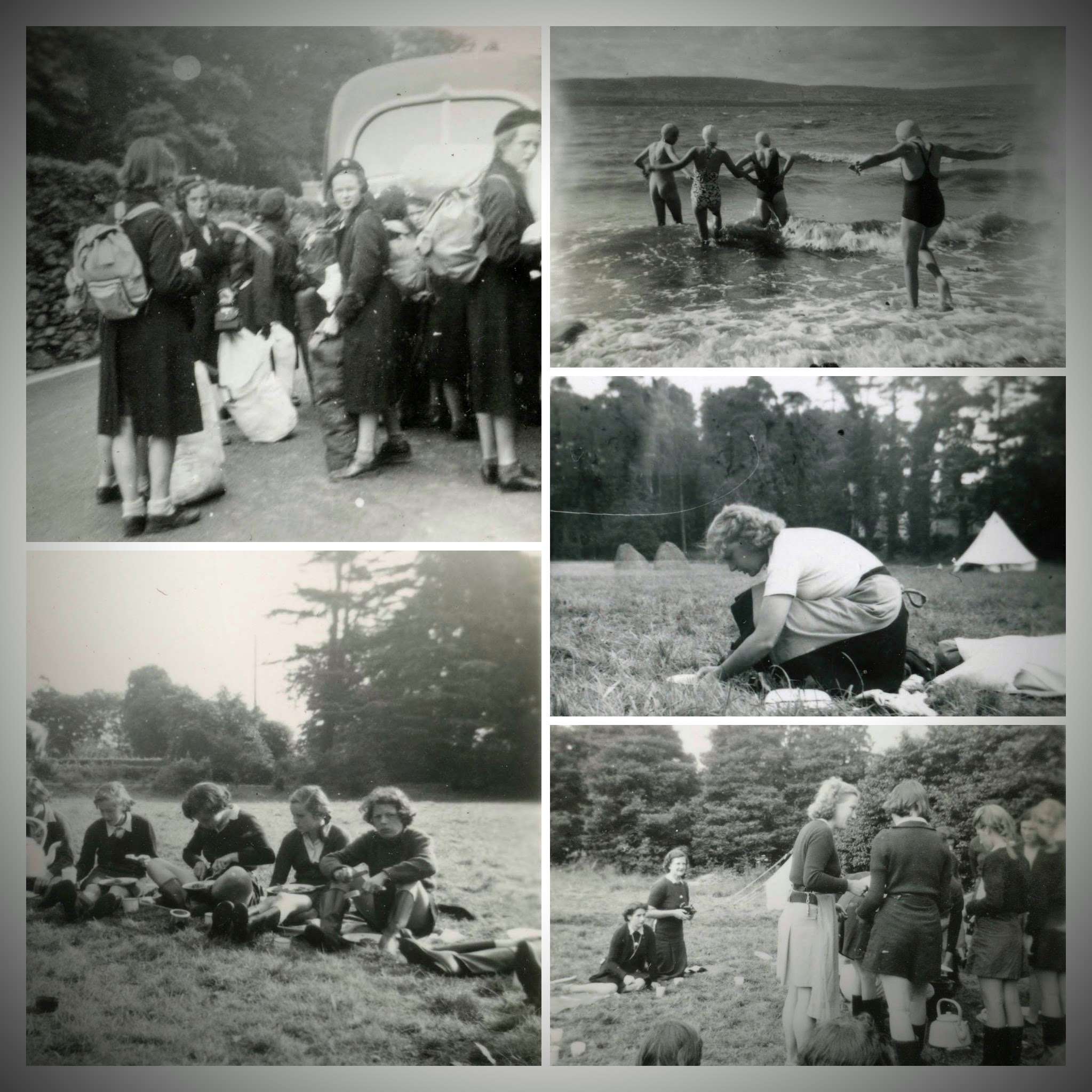 The annual guide camp was led by Miss Salway, the guide captain, assisted by Miss Beryl Rees, the school secretary. In Upper IIIrds (age 11) I was delighted to be able to join this trip, to be held in the summer holidays in Belfast. As I was holidaying in Pembroke my parents put me on the train at Carmarthen to face a long journey up to Liverpool where we all met up with Miss Salway.

We caught the night ferry to Belfast snatching some sleep on deck on wooden deckchairs, and even though quite tired, we were full of excitement when the ferry came in to port.

I can remember going through Belfast on the coach noticing the cobbled streets and a policeman on points duty waving to us. We were thrilled to hear that our camp was based in a village called Holywood, which sounded very glamorous. The campsite was beautifully situated, the tents were large bell tents which presented no problems to us, being used to sleeping in dormitories. Cooking was hard work but it was great fun singing round the campfire in the evenings. This is a collage of images of a guide camp in Belfast in the 1950s taken from an album which is held by Dolgellau.com.